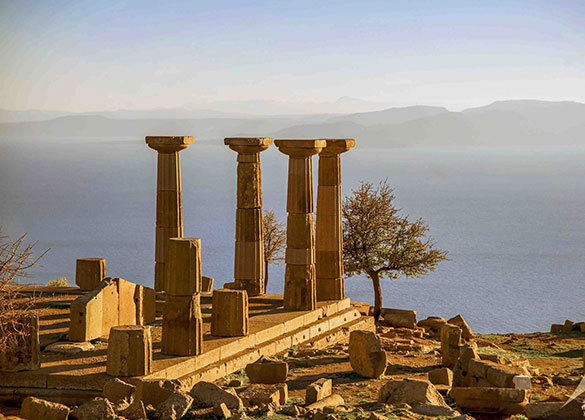 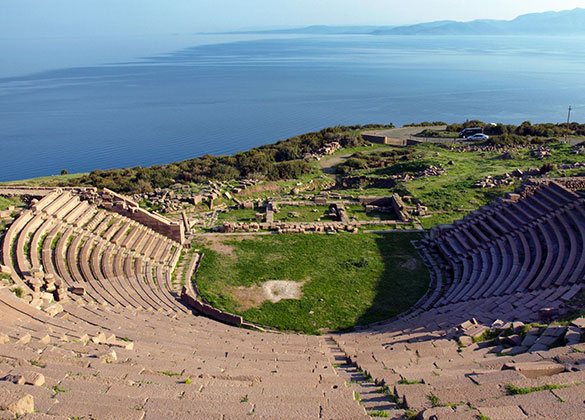 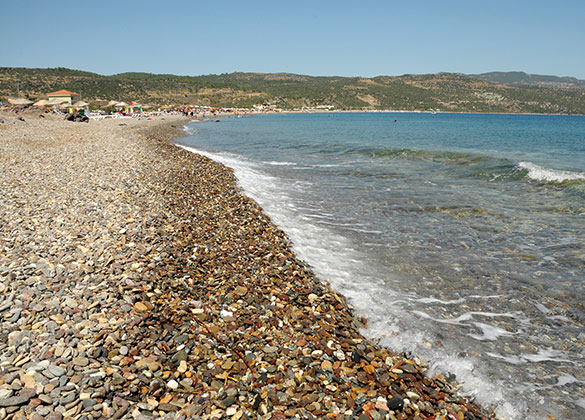 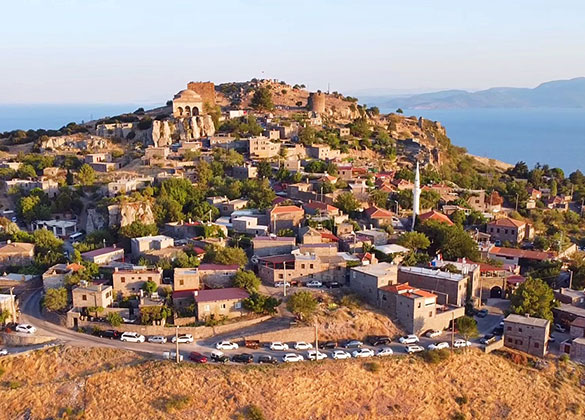 Assos, also known as Behramkale or for short Behram, is a small historically rich town in the Ayvacık district of the Çanakkale Province, Turkey. During Pliny the Elder's time (1st century CE), the city also bore the name Apollonia (Ἀπολλωνία). The Acts of the Apostles refers to visits by Luke the Evangelist and Paul the Apostle to Assos (Acts 20:13–14) .

Today, Assos is an Aegean-coast seaside retreat amid ancient ruins. Since 2017 it is inscribed in the Tentative list of World Heritage Sites in Turkey. 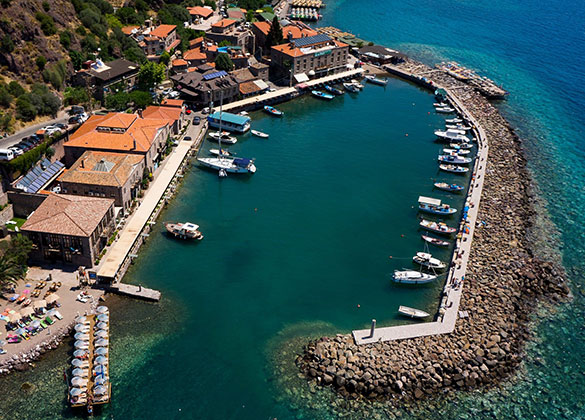 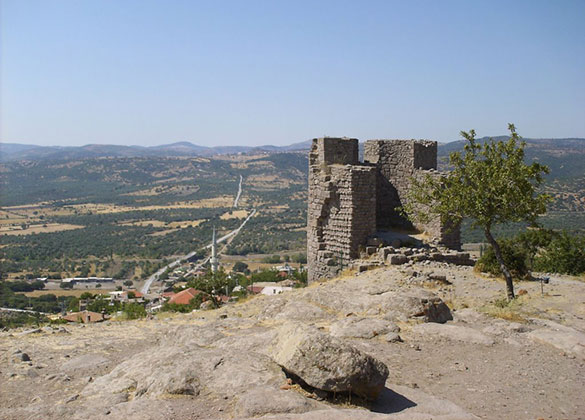 Though the town is officially named Behramkale (pronounced [behˈɾamkale]), most people still call it by its ancient name of Assos. The town is on the southern side of Biga Peninsula, better known by its ancient name, Troad. Assos is located on the coast of the Adramyttian Gulf (Turkish: Edremit Körfezi). Much of the surrounding area is visible from the ancient Temple of Athena, built on top of a trachyte crag. The view from this temple on a clear day extends to nearby Lesbos in the south, Pergamum in the southeast, and Mount Ida in Phrygia in the east. To the north, the Tuzla River flows. To the northwest, two massive Hellenic columns still mark the gate to the city.

Assos had the only good harbour on the 80 kilometres (50 mi) of the north coast of the Adramyttian Gulf. This made Assos a key shipping station through the Troad.